Raw Soul Express have released a refreshingly catchy, buoyant and daring new single that mixes addictive pop melodies with shadowy contemporary lyrics. Having been innovating the soul and funk genre since the early 1970s, Raw Soul Express have put their suaveness and maturity to use, so they can lyrically tackle salient subjects like the Black Lives Matter movement and global warming.

Raw Soul Express are uniquely able to merge pressing lyrics with a wonderful concoction of rapid saxophone playing from John McMinn that rips through speakers with a huge velocity, while Paul Mullen’s snappy keyboard playing could give Tom Coppola of Chic a run for his money. The addition of these outstanding musical components are boosted through the expectational drum and bass playing that will be impossible to get out of your head.

Raw Soul Express are respected veterans of the funk soul scene, having released their pioneering eponymous debut album in 1976. Originating in Miami, Raw Soul Express have remarkably managed to retain all of the original members since the band’s creation, an important feat considering the passion and creativity that each band member harvests. Their addition to the American funk soul scene and their musical prowess has not gone unnoticed, since they have performed in the past with iconic names such as Kool and the Gang and James Brown.

“In 1971 I answered an ad on a bulletin board in a music store for bass player wanted. I sat in one evening and jammed with the band. About three months later at 3 a.m. there was a knock at my door. Three band members woke me and asked if I wanted to be in the band. “You have to decide now” they said, we have a gig at Bethune-Cookman all black college. The bass player they had left them in a spot so half asleep I said yes. I believe I was the only hippie there that night. After doing the gig and losing about 20 lbs from pure fear and nerves not knowing what the hell I was doing, they decided to keep me and 50 years later here I am!” Albie Manno of Raw Soul Express

Raw Soul Express were one of the most progressive, revolutionary bands of the 1970s by employing both black and white musicians to perform in harmony with each other, which served as a middle finger to the backwards nature of race relations at the time. With the ‘Fate of the World’ single, Raw Soul Express are incredibly able to tap into modern societal issues with a song that was surprisingly written in the 1990s.

“Because the song was written by myself and Rick some 25 years ago, I had no idea in 2019 – when I was planning to make the video in 2020 – what the images were going to be. To me it just affirms that what we’ve been doing all along is what we were meant to do. As artists I believe we should reflect on the times, may they be good or bad.” – Albie Manno of Raw Soul Express

The music of Raw Soul Express has now been shared with a whole new generation of young followers that adore their music. Always the pioneers, Raw Soul Express have also crafted an exceptional music video that provides the track with supernatural and hypnotic visuals. Go check out this single if you haven’t already!

Watch the Video for Fate of the World here:

The Fabulous Red Diesel stand themselves as unique and suitably eccentric with their new EP ‘The Queensbury House Sessions’. What makes it all the more impressive is that it was recorded in just one take.

The band is made up of a husband and wife on vocals, a transgender trumpeter and double-bassist, a synth player and a guitarist named Rabbi Jaff Delicious – I guess you could say the record is fittingly unconventional.

‘Butterfly Mind’, the band’s hit single, holds a hypnotic sound. It’s a song about love, and the inability for the feeling to just flutter away…

Writer Kat discusses the song’s meaning to her:

“It’s about the way my brain works and the way music flits from one person to another, changing their perception (hopefully for the better) by tiny inspirational touches. And then it’s also a love song – I am married to the drummer and I’m saying no matter how many twists and turns and expansions my mind has, I am always grounded in him – you know I’ve got a butterfly mind but I settle on you ‘’

The band’s loyal fanbase has followed them from their humble formation in Hastings, and watched them grow to play alongside the immensely talented likes of Skunk Anansie and Jeff Buckley.

Their unique sound showcases a classic 60s soul style, with jazz and rhythmic jumps from hip-hop beats to Latin and funk. 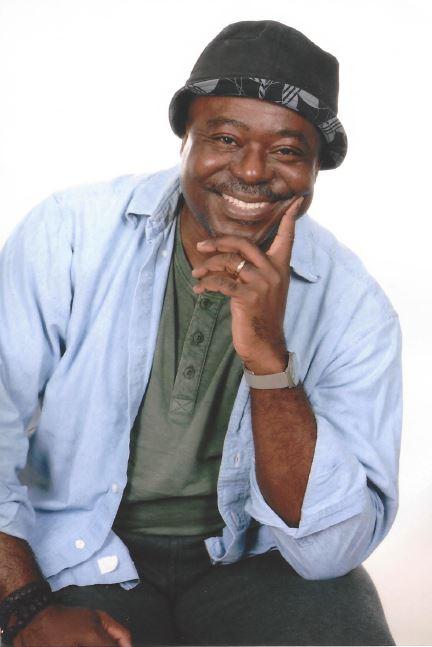 Jon Scott is not only a renowned singer, but a multi-instrumentalist. In his brand new EP, he tells the story of a world reunited to combat racism and social injustice.

Listeners are invited to stand up against prejudice and corrupt politics, embracing the good in everyone. It’s a powerful message.

‘Freedom- A New Jerusalem’ also tackles the effects of the coronavirus and the significance of the Black Lives Matter movement. Jon Scott utilises his anger to target the political players in an unjust society.

Watch the video for ‘Freedom’ below:

The music has elements of soul, jazz and Afro-pop, all skilfully delivered by Jon, who also writes the lyrics himself. This EP is brave to take on such social issues, and Jon is unfazed by the political controversy he stirs up in the public sphere. This makes it all the more powerful.

Check out the latest episode of The Quite Great Radio Show

Meet Tia Beale the stylish 20-year-old, who hails from Sydney’s Northern Beaches. Surrounded by a household filled with a rich tapestry of music playing as she was growing up, thanks in part to her heritage of a Barbadian father and an Irish mother, Tia has already established herself as a musical talent to watch, after receiving shout-outs from industry tastemakers such as Muso TV. Still living in the family home, she is surrounded by a veritable zoo of animals, indeed her beloved dog, Evie, has been known to make cameo appearance on her photo shoots! Released last year via MGM, Tia’s official launch party for the EP is on 3rd April at Sydney’s Planer Restaurant.

Hot on the heels of the unveiling of her debut single Coke & Mentos last month, Sydney singer-songwriter Tia Beale’s debut five-track EP, TIA, has just hit streaming sites, with a physical CD release, distributed by MGM, also available. Recorded in collaboration with music industry veteran Steve Clisby (who has jammed with Jimi Hendrix and played alongside Kool & The Gang and Chaka Khan), who also acted as producer, Tia’s EP traverses a variety of genres, from the gentle balladry of Do It Over, to the dance floor pop of Coke & Mentos, synth and syncopated beats of Synergy, and hip-hop-flavoured Keep On Coming Back.

From small town Owings, Maryland Rasha Jay’s music is a storm of blues based alt-rock fueled with emotional vocals, powerful rock instrumentals and atmospheric beats and this is illustrated best in her new single  Red Coat.

Lyrically the song is about protecting yourself from love and the  heavy bass, strong guitar riffs and raw soulful vocals mirror the dark, murky and conflicted notions that come with the harder side of love. With her forthcoming EP High Dive to be released later this year, Rasha Jay comments that the EP will be a continuation of this exploration into love and the tangled mess of relating to each other –  the title ‘High Dive’ referring to the times when it is best to dive in or jump out and the audience that is always there waiting to see what happens.

Watch out for her forthcoming EP and click on the links below to check out more Rasha Jay!

Eban Brown, best known as the lead vocalist of multi-platinum group ‘The Stylistics’, has announced his solo tour of the UK kicking off on 6th March. The talented musician is also set to perform at one night only Opening Night Charity Event for Great Ormond Street Hospital.

The singer has even written and produced a brand new single in aid of the charity called “Eyes of a Child”, which he will perform at each of his concerts along his tour.

“It is with great honour that I announce my 2015 UK Tour as a solo artist. I have written and produced a song entitled “Eyes of a Child” for Great Ormond Street Hospital. Families need the assistance and great care that GOSH can provide, and I am so blessed to have the opportunity to contribute to such a worthwhile cause. As a parent myself, the thought of your child being ill is unbearable but through the help of others, we can all be making a contribution to help in some small way! All proceeds from “Eyes of a Child” will benefit the children of Great Ormond Street Hospital, with 100% of profits going to the UK’s only academic biomedical research centre specialising in paediatrics.” – Eban Brown.

A London based four piece with a love of all things soul, Mama Moonshine are a band tailor made for swaying between funk jams and blues rhythms. This is a group who take in all kinds of influences – from the dusky likes of Ella Fitzgerald and Aretha, to the funk rock stylings of the Black Keys and the Red Hot Chili Peppers – each member has their own unique sound, when moulded together creates a distinct and elevated tone.

Their brand new single ‘Sisters’ is out on January 30th, a heartfelt song about the loss and gain of true friendship. Hauntingly soulful and with smartly lyrics that unspool with a gentle power, the track is a solid example of this band’s class:

Mama Moonshine are clearly a band assured in their own sound, both in the studio and on the stage. Having sold out both The Camden Enterprise and Proud Galleries (Camden Town) they also played to a rapt crowd at the Audiofarm festival 2014, Brunswick in Brighton and Portobello Road, Notting Hill to name a few. Add to that recent radio appearances and a guest slot for vocalist Ruth with Ronnie Scott’s Jazz Band for charity last year, and this band is on the rise in the London Music Scene.

Don’t just take our word for it. There has been interest from cult hit-makers Tune-Yards and Little Dragon, who had some words of encouragement after hearing their new material:

“Had a listen to your music. You have a great voice! Keep writing songs 🙂 and have a blast in the studio!! Lots of luv Yukimi”

‘Sisters’ will be available from online stockists and more from January 30th.

Sweat Beats Music is part of our UK Music Promotions Company www.quitegreat.co.uk who act as a music marketing service for labels and artists around the world since 1996.

This site is run by our independent music journalists at www.monkjackpublishing.com all external music features are edited by journalist team members when submitting music press releases the more the content is ready to publish the quicker our editors can adapt and if relevant post on the site. The more you can interact on your own social network platforms the more impact your content will have.